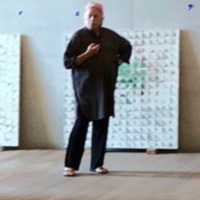 Lynne Golob Gelfman grew up in New York. She graduated from Sarah Lawrence College, (BA, 1966) and the School of the Arts, Columbia University, (MFA, 1968). She taught art at the Dalton School from 1968 until 1972, the year that she and her husband started a flower farm outside Bogotá¡, and moved to Miami, an import gateway for the flowers. For Gelfman, who had loved Bogotá¡ as an American Field Service student in 1961, the culture and landscape of Colombia as well as the diverse, subtropical world of Miami are important influences, along with her strong ties to New York.